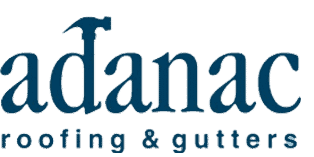 Back in 2018, we wrote an article called More Levidromes words. Our new article could almost be an addendum to that article.

Over the years, we have put together some pretty good lists of levidromes - in many different languages. We started with English, then branched off to any language where we were able to get a decent list of words.

But that is the blessing, as well as a curse. Finding lists was initially easy. The system which runs this website has an Ubuntu Linux operating system. As part of Ubuntu, it maintains a list of words in multiple languages if one chooses to install them. These lists are used for, among other things, to determine if users' passwords are strong enough for certain applications (after all, no one should be using a password which is in a dictionary file, should they?).

So levidrome lists were built from predefined dictionary word lists.

But not all words are in these word lists or dictionaries. Sound familiar?

Case in point. Adanac. This is a levidrome for Canada. Canada appears in our english word lists, but Adanac doesn't. As such, it isn't in our levidrome lists.

However, try googling adanac. You will find many references.

These are just a few of the references to adanac.

But with all these references, it is still not in a dictionary word list, so not in our official lists.

As stated in the previous article, William Shatner found the word Serutan...which is Natures in reverse. Also a levidrome pair excluded from our levidrome lists.

There must be hundreds if not thousands of other made up words which have levidromic pairs.

We too have made up a levidromic word - Emag - which is game in reverse. It is the latest levidrome game added to our collection. In fact, if you google Emag, there is a website for machine tools at https://www.emag.com as well.

Ironic. Made up words all over the internet. Some which are actual brick and mortar locations. Established. Sounds like a goal. Sounds like something we should be doing.

Well, that is our goal too. We are trying. As always, #levidrome