When we launched our site on November 23, 2017, we only had English levidromes. However, living in Canada, our country is officially bilingual with English and French as our official languages. We figured there would be levidromes in French as well. So we broadened our lists by not only adding French, but 19 other languages as well. Generating a list of levidromes is easy. Getting a clean list or words is the tricky part. 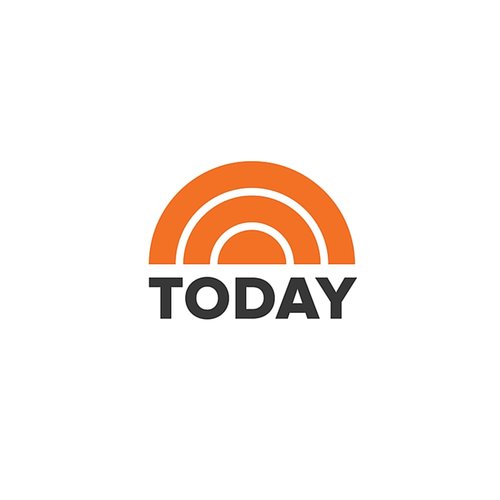 The Today website catches the story and encourages people to start using the word. The more the word is used, the more the likely the word levidrome will be accepted by the Oxford dictionary. Here is the link to Today - November 27, 2017 story, which includes an article and a video.

In the article, they mentioned schools and libraries have supported Levi's new word.

In this article, Kelly mentioned about levidrome being a blend from Levi's name and palindrome. He also mentioned the boost in popularity the word levidrome received by the petition William Shatner sent to Oxford.

You can view the entire article here

Oxford responses with a quick YouTube video from Rebecca, an editor at Oxford Dictionaries, published on November, 2017

We saw the video of Levi's quest, and were inspired. We figured we could help by producing a list of levidrome words. We registered the levidromelist.com domain on November 22, 2017. We launched the site 2 days after registering. At launch we only had the English levidrome pairs.

The Toronto Star publishes the story of Levi and his invented word. They mention about support from William Shatner and Patricia Arquette. Here is the link to The Toronto Star - November 27, 2017 article.

The word levidrome started to become popular at the end of 2017. When an idea or project becomes popular and the internet community becomes aware, they start to purchase domains which are related to the idea. Here is a listing of some of the domains which were snapped up for various reasons.


End result, the internet community saw the potential of the word levidrome and acted on it.

Another celebrity likes levidromes. Olympic gold-medalist Simon Whitfield also recognized the word Levidrome, and tweets a couple of levidromes himself.

@VancityReynolds #deadPOOL Loop is pool, pool is loop backwards, that's a #Levidrome - check out this video of the 6yr old trying to get his word into the dictionary. Link to Video

The word levidrome is submitted into the Merriam-Webster Open Dictionary by an anonymous user on November 14, 2017 at 13:10.

Levidrome(noun) : a word that when spelled backwards turns into a different yet valid English word

One classmate offered up "part" and "trap" as a levidrome on Friday - Jack Knox www.timescolonist.com, October 15, 2017

You can search for the definition yourself by visiting the Merriam-Webster site and enter in levidrome and perform a search.

Oxford dictionary was approached by high profile celebrity William Shatner. His tweet which can be seen here states:

Dearest @OxfordWords I just sent you an email about #Levidromes - a word that when spelled backwards, turns into a different yet valid english word for addition to your dictionary. Please see youtu.be/jpZ3bh1R6Kk for more info on this new exciting word! X O ! Bill

Thank you very much for your email to Oxford Dictionaries. We are always grateful to receive contributions and feedback, but because of the quantity of correspondence we receive, we are not in general able to reply personally to specific content comments or language queries. All submissions are passed on to our editorial team, who will take your comments into consideration when updating the dictionary data. Kind regards, The Oxford Dictionaries team

The word levidrome appears in the Urban Dictionary. The entry was submitted on November 3, 2017 by userid Hanashiate with the following definition:


A word that when spelled backwards, turns into a different yet valid english word. They always come in pairs, for obvious reasons. Similar to a palindrome, but with different words instead of the same.

desserts and stressed are a pair of levidromes

This appears to be the first article which appeared on the internet after Levi's video appeared on YouTube. The article titled "Jack Knox: This Budd's for you, and he loves a "levidrome" states The dictionary adds words when they come into common usage. If levidrome becomes widely used, it's in. The article also dives into many other words which came into being that were named after their founders. Feel free to read the article. at the Times Colonist website

A Levidrome: a word that spells another word when spelled backwards! Let's get this word into the dictionary by sharing this video lots. The more people know it, the dictionary will accept it as a word! Wanna help? Share this vid on your social media! https://twitter.com/lucky_budd

If you watched the video of Levi in the back seat of the car asking about "What do we call it when STOP spells POTS backwards?", this scene was an re-enactment. The actual event occurred sometime in February, 2017.

Levidrome was coined later that day when Levi's parents determined that there was no word in any written dictionary for this linguistic phenomenon. He said, "Well then, we should name it after me! It should be a levidrome!" Levi was 5 at the time.

It was later confirmed when Levi's dad, "Lucky" Budd, contacted Webster's on Feb 19, 2017. Webster's got back to Budd to confirm that there was no word in their dictionary for this and a bit about how a word gets into the dictionary (explained in the YouTube video)

So levidrome was created and shared within the Budd family in early 2017. It wasn't until later on in the year when they released their video and unleashed Levi's word onto the internet.