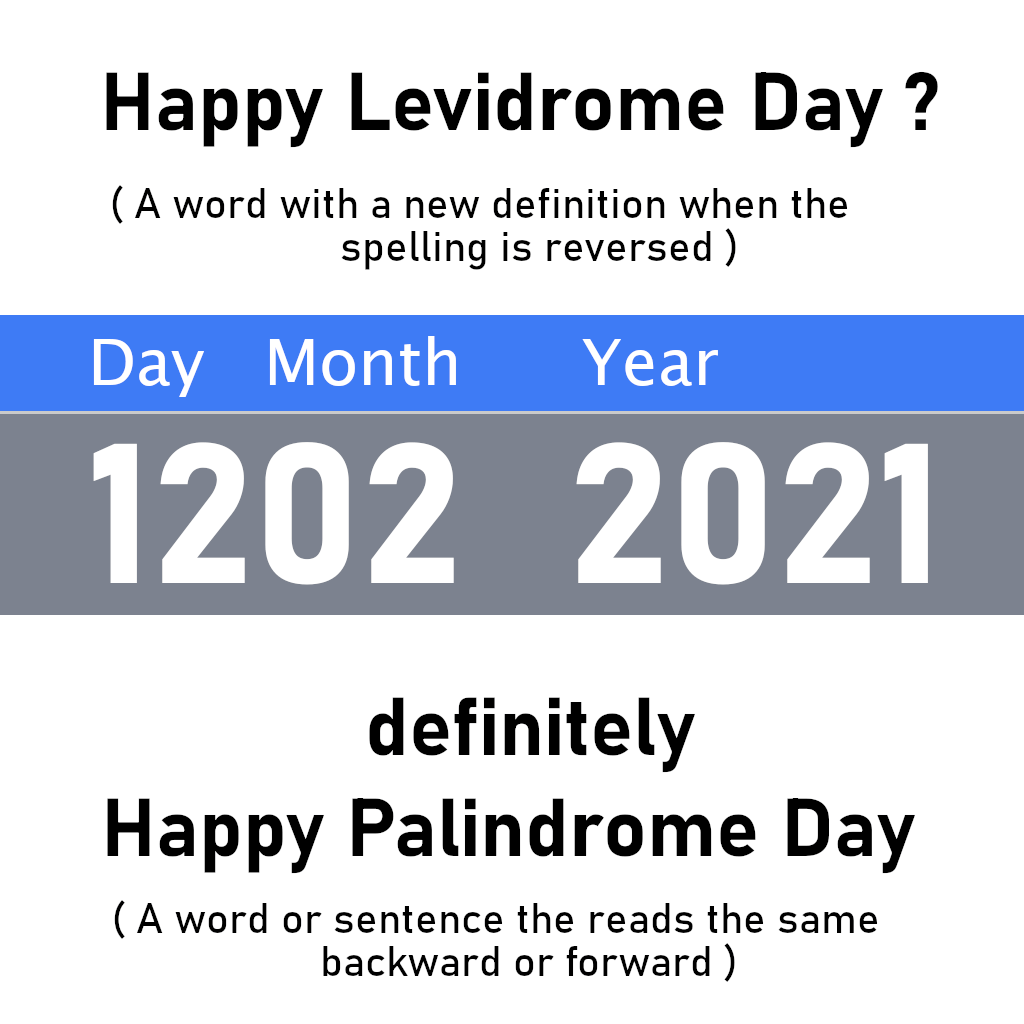 Today is February 12, 2021. If we have a date format of dd/mm/yyyy, which is quite common in the banking industry as well as many countries of the world, today would be written as 12/02/2021

However with a space inserted between the mmdd combination and the year we can also get 1202 2021 - which is a levidromic pair.

The dictionaries include numbers as part of the definition of palindrome.

Since an official definition does not yet exist for levidromes, I would deduce that numbers could fall into its definition as well. After all, the number 1202 is a different valid number compared to 2021.

To be safe, we have included numbers into our definition of a levidrome which you can see on our main page. It only makes sense. Dictionaries may argue but we will let them sort that out and we will adjust our definition at that time.


How frequent are these levidrome days?

When the year 2001 started, they started to show up again, usually 4 per decade.

This year, there will be 2 levidrome days - February 12th and December 2nd.

We crunched the numbers. Between now and the year 2190, there will be levidromic dates in the early part of each decade, ie. years ending in either 0, 1 or 2.

So basically 3 to 4 levidrome dates per decade during this time frame.

After the year 2220 there will be 1 to 2 occurrences per decade.

However, after the year 2290 there will not be another occurrence for centuries.

Levidromic days will not be showing up again until the year 3001, over 700 years later. So enjoy them when they are here. They are relatively rare and will become even more rare in the future.